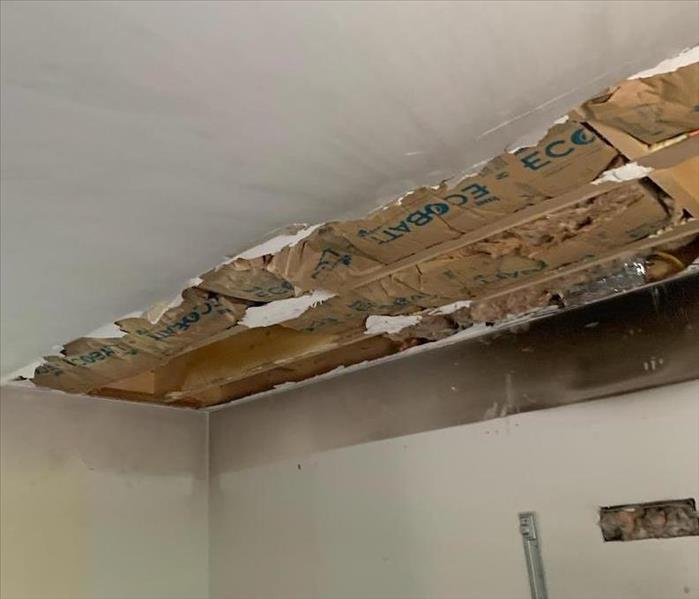 Fire restoration is no DIY project. Call SERVPRO and their IICRC certified technicians for the job. They have the latest equipment and knowledge.

Pottsville lies on Schuylkill River's western bank. The river is one of the crucial natural resources in southeastern Pennsylvania. One of the river's memorable contributions to the region's history is the role it played during the Philadelphia campaign of the American Revolution when it was the main transportation artery for manufactured goods and coal. Another unique aspect of the Pottsville area is the hilly topography. It stretches over several hills, including Mount Hope, Forest Hills, Cottage Hill, Lawton's Hill, and Bunker Hill, which provide excellent views in different city sections.

The city traces its origins to a land grant by King Charles II of England when he granted lands south and west of the Delaware and Schuylkill rivers to William Penn. William was the son of Sir William Penn, an admiral and politician. He distinguished himself early on as an advocate of democracy by establishing treaties and good relations with the Lenape people, the area's native inhabitants. One of the lasting legacies of William Penn in the area is the names he chose for different places. For instance, the name Pennsylvania translates to "Penn's Woods."

Pottsville had a bit of violent history during its formative stages. For instance, in 1780, some of the early settlers were massacred. During the mid-1800s, the town was the rallying point for a secret miner's society known as the Molly Maguires in the United States. The society, which was also active in Ireland and Liverpool, agitated for better mining conditions but often used violent methods. The city was named after John Pott, who arrived in 1806, acquired and expanded the existing ironworks in the area. He also laid out the town in 1816. However, it is the coal discovery in the surrounding area that transformed it into a boomtown.

Monuments and Other Places of Interest in Pottsville

The city has many monuments and buildings put up over the years that visitors and residents can explore for relaxation purposes or to learn about the history of the city. Some of the outstanding ones include:

Recreation is a serious aspect of life in the city of Pottsville. The government constitutes the recreation commission to oversee, equip, operate, and maintain recreational places. The commission is constituted of nine members appointed by the mayor. Some of the established recreational areas include:

How Does SERVPRO Handle Fire Restoration Projects In Pottsville?

Training makes a difference in identifying which damages can be fixed and whether the costs involved are justifiable. It also helps in choosing the right processes or equipment when fixing damages. Typical restoration tasks involve:

SERVPRO technicians also work to fix or prevent damages that occur after the fire is put out. Damage can develop from the effects of corrosive residues such as soot, especially on metallic or stone materials leading to deep staining or other forms of deterioration. Moisture can also lead to bad odor or mold development. Preventing steps, including pre-cleaning surfaces or applying oil over surfaces to counter the effects of corrosive residues. Setting up dehumidifiers, on the other hand, helps manage moisture levels in the air.

SERVPRO of Pottsville provides various resources necessary to ensure smooth fire damage restoration. Call us at (570) 622-8991 to help start the necessary processes immediately after fires are put out.