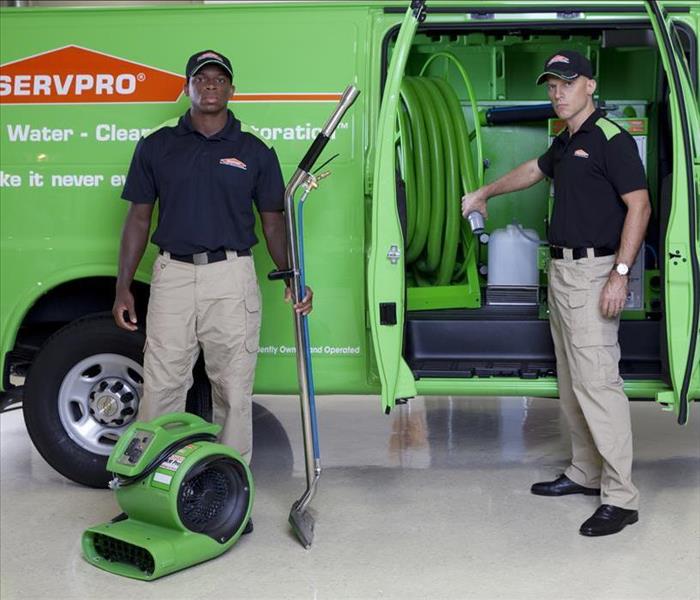 SERVPRO has technicians with the tools and reliability your home needs after a water intrusion.

Fall is coming to an end in Pottsville. The area is flooded with vibrant colors as the leaves change. Although the times are challenging, residents are gearing up to celebrate the holidays. This can mean diverse traditions with the many blended cultures that are in Pennsylvania.

William Penn was granted the land that would become Pottsville by Charles II.  In 1752 the city became part of Berks County. The quaint town sits on the edge of the Schuylkill River.

In 1790, Necho Allen discovered a rich coal seam, which begins a long history in anthracite coal. Legend has it that Allen, who was a hunter, nodded off with a lit campfire. The next thing he knows, he is awakened by a large fire. Supposedly his small fire ignited a coal outcropping on Broad Mountain.

John Pott purchased a forge that was started in 1795. It was an anthracite-fired finery forge along the Schuylkill River. The town would eventually be named Pottsville, after John Pott. In 1811, the town became part of Schuylkill County.  The town formally began with:

Oldest Family Brewer in the US

D.G Yuengling & Son began a brewery in 1829. It is now the oldest brewery that is family-owned and continually operated in the United States. Highlights include:

The Philadelphia and Reading Coal and Iron Company acquires vast amounts of coal lands. This leads to it becoming one of the most prominent and profitable coal companies in PA. The anthracite coal industry eventually died out after WW II.

The Schuylkill River is an ideal location for the textile industry, and in 1881 the Phillips Van Heusen business was established. It was an amazing story of local folks growing the area. Moses and Endel Phillips began the business by hand sewing shirts. They sold their wares via pushcarts to the local miners. Although many of these textile companies would leave the area in the ‘70s, it allowed the city to flourish.

Another textile business was the Tilt Silk Mill. This company imported silkworms from China and produced silk. The mill had mulberry trees in a solarium that fed the worms. Eventually, nylon stockings pushed this type of industry out, but the building is still in use today by another company.

Moving Into the 20th Century

As history moved along, so did Pottsville. Events shaped and changed the area to what it is today. Local happenings included:

Centre Street was redone in a streetscaping project in 2007. The city became the Schuylkill Transportation System (STS) transportation hub for the county. The Union Station Intermodal Transit Center was built for $16.1 million. It houses both Greyhound and Trailways bus services. There are many places of interest that are part of the National Registration of Historic Places, including the Pottsville Downton Historic District and Burd Patterson House.

Pottsville is still a thriving town today. It is a culturally diversified town with a background of African-American, Chinese, Italians, Pennsylvania Dutch, and many more. This makes for exciting celebrations around the holidays. Visitors are amazed at the mix of culture that is in the area.

SERVPRO is Committed to Our Community

No matter the ethnic roots of the family, they all live in homes that can experience water intrusion. When this happens, professional help is required to mitigate the problem. SERVPRO provides experienced, well-trained technicians who not only understand water extraction but the needs of the community. It is our home, too, and we care when residents need assistance. Water restoration includes:

Homeowners should get professional assistance as soon as possible to prevent secondary damage, such as mold. Mold can happen quickly and spread just as quickly. Water is corrosive, and if let stand, can cause severe damage to whatever it touches.

If you have a burst pipe, overflowing dishwasher, or other water intrusions, SERVPRO of Pottsville can provide water extraction services you can trust. We are available 24/7 if it is an emergency. In any situation, we arrive as soon as possible. Contact us at (570) 622-8991. Our staff can answer any questions you might have on what we can do for you. We’re Faster To Any Size Disaster.